Employment Verification Run Amok- Don’t Let This Happen to You

Why did I pick up the phone?

I could clearly see from the caller ID that it was an 800 number. I don’t ever pick up calls from numbers I don’t recognize let alone those from a toll-free dialer. What would possess me to answer? I’ll tell you why, but I don’t think it will satisfy your curiosity for my motivation. I’m sitting in bumper to bumper traffic in Atlanta, rushing to the airport and I saw earlier that my flight was slightly delayed. I also knew that there was significant weather moving across the country and I was worried that it was the airline calling to tell me my flight had been canceled. So, that’s why I answered (feel free to judge all you want).

When I answered, the person on the other end of the line hung up. Okay, that was interesting, failure to launch. So, why did I pick up a second time when they called again? When I answered the second time, I got the five second delay normally associated with telemarketers when they find the one sucker willing to answer. Buckle in, because when I found out who was calling, I couldn’t have been more surprised and excited to hear how it would pan out.

Can You Please Verify Employment?

The person on the other end of the line spoke in a heavy Indian accent and he sounded like he was in a tunnel. However, I was able to make out that his name was Ravnit (I think) and he was to conduct an employment verification on one of my former employees on behalf of “XYZ background screening company.” I am withholding the name of the screening company to protect the not-so-innocent but I will confirm that it is no one that I have ever worked for, worked with or done business with—so you can keep guessing. In the meantime, I was so excited. I had two fairly new executives from the screening industry in the car with me, my Bluetooth was connected and I was ready to see how other companies did things.

Ravnit asked if I could provide the dates my former employee worked for me. I explained that I was in the car and didn’t have access to any records at the moment. I also told him that my company had been acquired and that they would have to go through that company, which I am no longer employed by, to get the information they were looking for. He also referred to my former colleague as “he” when in fact, she was a “she”. I corrected him. He then asked what “his” current job title was. I again politely explained that I no longer worked for that company and that I had no idea what “her” current title was. Ravnit would not be deterred. He then asked when “he” left that company. Again, I told Ravnit, still respectfully and politely, for the third time that I was no longer employed by that company and that if he reached out to . . . CLICK. No goodbye. No thank you. Ravnit hung up on me. Well, that didn’t go well. My travel companions were more than amused. And of course, the first thing they asked is, “Why would you ever pick up a call from an 800 number”.

We enjoyed a good laugh, but all I could think about was the blog I was going to write about this experience.

Let’s Break This Down

Let’s start by saying that I am not xenophobic and have nothing against people from India. To the contrary, some of my favorite people at my former employer were the folks I got to work with from our Mumbai offices. I am also not diametrically opposed to the use of overseas operations for some processes.

What I am against is a poor experience that reflects negatively on the background screening company and much more importantly, the employer that hired them to conduct this work. Let’s chalk up the first hang up I got as a failure to launch on the auto-dialer’s behalf. Ravnit’s accent wasn’t fatal but it didn’t help when it was difficult to understand what he was saying. Here’s where everything went South. I had to tell Ravnit three times that I couldn’t help him complete the verification because I didn’t have access to the information, that I no longer worked for the company and therefore wouldn’t have up to date information and that he would need to reach out to the company that has this information. He either didn’t understand or didn’t care and proceeded with the next question I already told him I wasn’t in a position to answer. Even worse, when I tried to be helpful and give him the information of the people he would have to call, he hung up on me.

There were a few things thoughts that permeated after the hang up. First, I hoped that my inability to provide Ravnit with the information he was looking for would in any way reflect negatively on my former employee. Second, if I was an employer, there is no way in hell I would ever hire this company to conduct background checks on my behalf. And lastly, I knew what my next blog post was going to be about.

are some lessons learned from this experience that I think will be helpful to CRA’s.

Hopefully, the screening company is monitoring their calls and can teach Ravnit how he might be able to improve his approach. Hopefully, the employer that hired this company will start asking questions about the quality of their verifications. Hopefully, my former colleague will not be adversely affected by this call.

That’s a lot of hopefullys. Let’s all agree that this was a poor experience and one that we should endeavor to avoid at all expense.

This Week in Backgrounds: Continuous Monitoring, An Outrageous Court Fee and More

State of New York Pulls Off a Heist, Increases Court Access Fee to $95 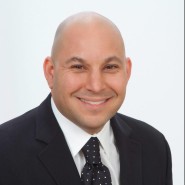 The Buzz at the 2018 SHRM Conference